Soldano’s Super Lead Overdrive 100 (SLO-100) set the standard for modern high-gain amplification. The new Soldano Super Lead Overdrive 100 delivers upon the “SLO’s” legendary reputation in both appearance and performance but with the addition of some wildly popular, player-requested features.
Please note online purchases are built to order and currently subject to a 10 day build time.

Soldano’s Super Lead Overdrive 100 (SLO-100) set the standard for modern high-gain amplification. It all started in 1987, when Seattle-native Mike Soldano built one of the first high-gain amp heads with searing harmonics and the perfect balance of gain, sustain and tight touch response. Soon after Mike moved to Los Angeles and displayed his revolutionary amp at the 1987 NAMM show. It didn’t take long for the industry to take notice. The now legendary SLO-100 had arrived!

The SLO completely changed what players came to expect from amps. They shelved their old amps and replaced them with this foot-switchable 100-watt monster, loaded with player-friendly features. While the amp’s drive channel found it backing up renowned rock guitarists like Mick Mars (Motley Crue), Warren de Martini (Ratt), and Howard Leese (Heart), its clear and tactile clean channel and bluesy crunch also made the SLO the first choice for non-metal stalwarts, such as Mark Knopfler, Eric Clapton, Warren Haynes, Gary Moore and Lou Reed to name a few. Today, the amp’s tone and steadfast reliability remains a go-to for thousands of guitarists around the world.

The new Soldano Super Lead Overdrive 100 delivers upon the “SLO’s” legendary reputation in both appearance and performance but with the addition of some wildly popular, player-requested features. The SLO-100 continues to be hand-crafted in the United States using only the highest-grade components and is backed by a limited lifetime warranty. 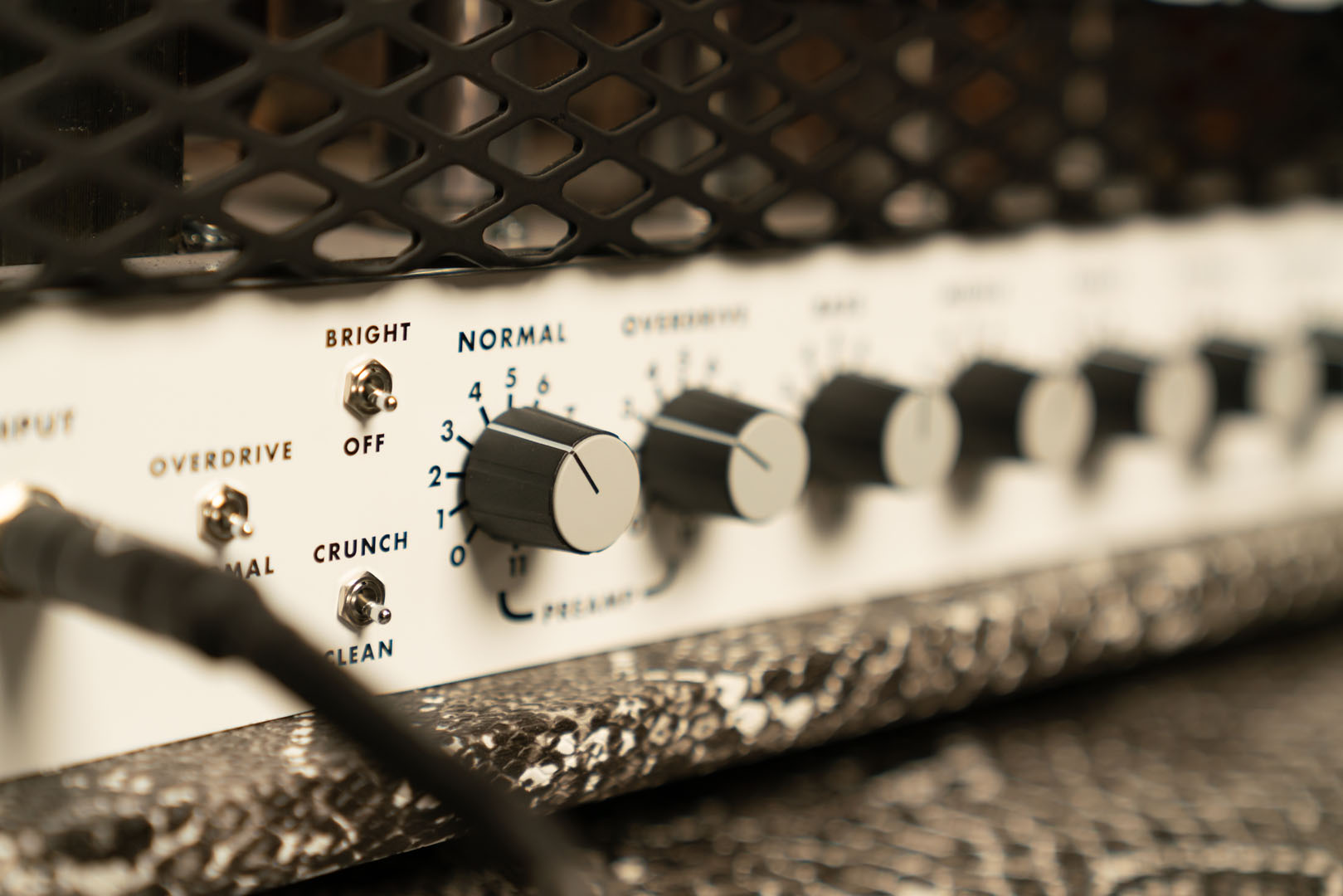 Historically, one of the most popular SLO “mods” is the addition of a DEPTH control to the amplifier’s power section. The Depth control in now standard on the SLO-100. The combination of the Depth and Presence controls provides a powerful EQ section that goes well beyond a typical tone stack, enhancing the tonal possibilities of the amp’s sonic character.

The new SLO-100 features modern grounding, a DC based filament circuit and circuit separation to avoid crosstalk between the channels resulting in an excellent signal-to-noise ratio without altering the amp’s pure tone.

The newly designed ultra-transparent tube-buffered effects loop handles anything from vintage pedals to high-powered rack units. For tube purists who prefer straightforward amp tone, a hardwire bypass switch is included allowing you to completely remove the effects loop from the circuitry. The new return level control can be used to set up two foot-switchable, preset volume levels.

Players familiar with the original SLOs will be elated at our inclusion of an onboard channel-select toggle switch. Perfect for applications such as studios, where you don’t want to rely on a footswitch.

The new Soldano SLO-100 is the perfect combination of iconic design, impeccable craftsmanship and modern performance.  Every detail of the original head’s design being accounted for with extreme attention to tone, detail and quality.  Mike Soldano created his legendary masterpiece to be the best and most versatile amplifier in the world.  Over three decades later, that hasn’t changed one bit. 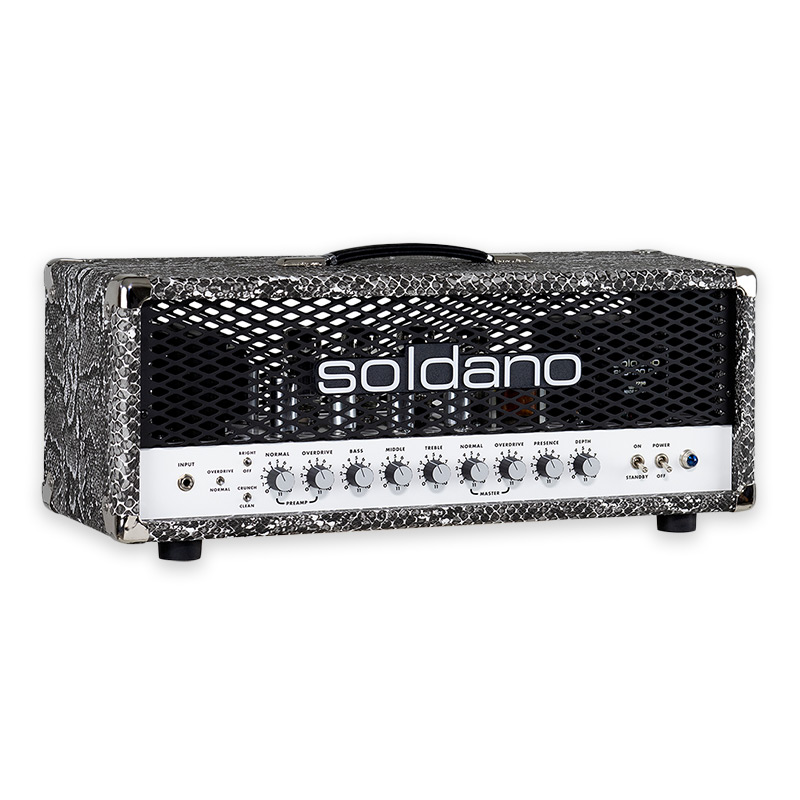 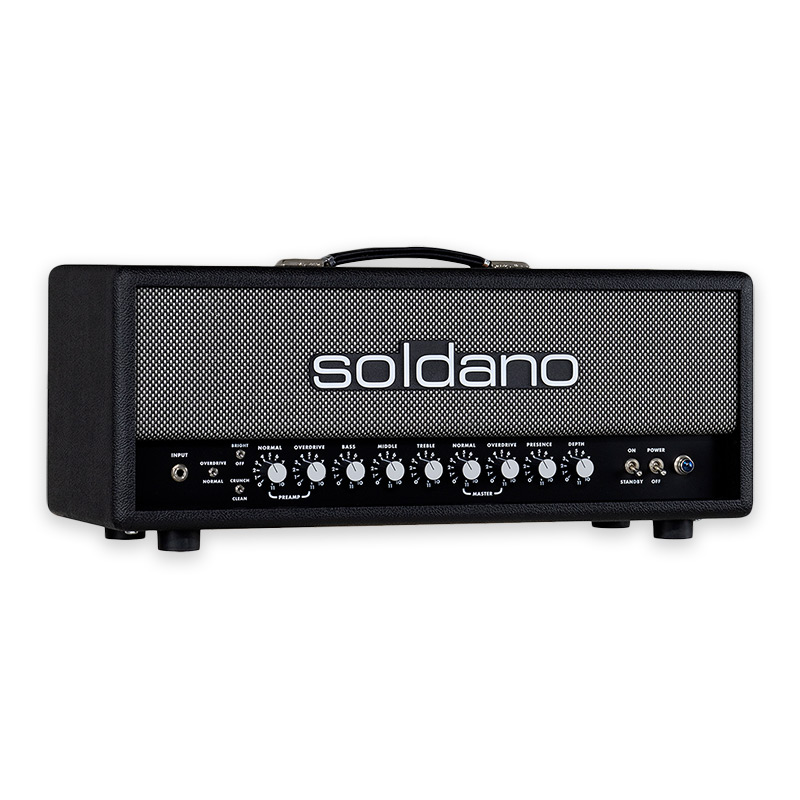 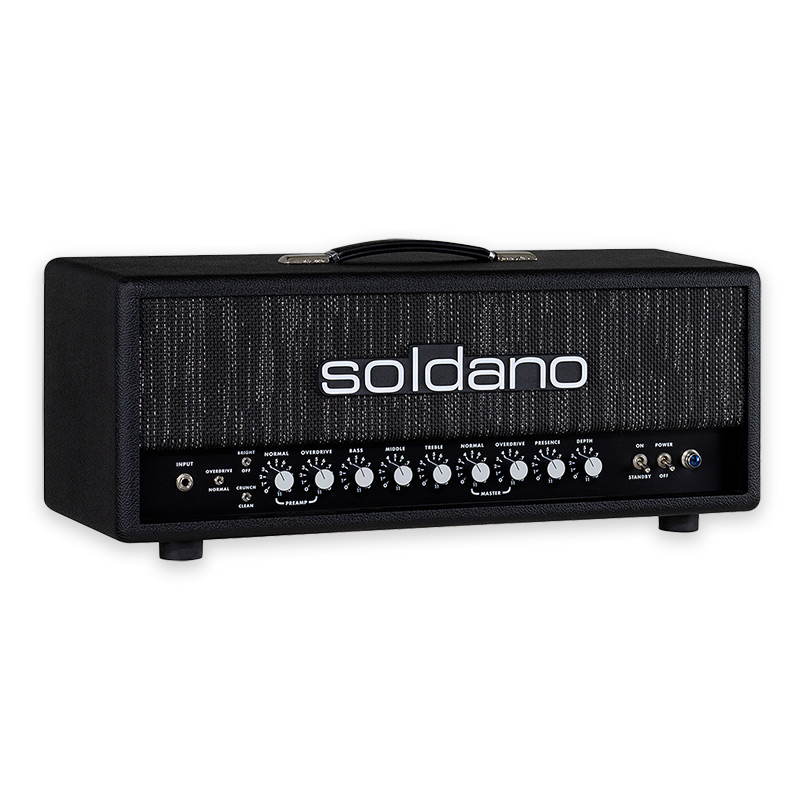 If you want something extra special that you don't see here, please contact our custom shop team and we will work with you to create the amp of your dreams...